In May 2014, the Thai military staged a coup d’état and ousted the democratically elected Prime Minister Yingluck Shinawatra. This coup, which marks the climax of the split between the Redshirt and Yellowshirt political camps, is difficult to explain solely in terms of inner Thai power relations. Instead the article argues that the Chinese mega infrastructure project one belt one road needs to be taken into account. This project is another major step in the rise of China – a process, which has often been seen as part of a hegemonic shift towards a new accumulation cycle with China as new center. Against this background, the present upheaval in Thailand is interpreted in a historical perspective and as one example for the kind of conflicts, which accompany the historic shift towards China as a new power center. However, the article also argues that the turn towards an autocratic form of governance can not be attributed to direct Chinese influence. Rather, it is the result of the fierce rivalry between two capitalist fractions and domestic factors. 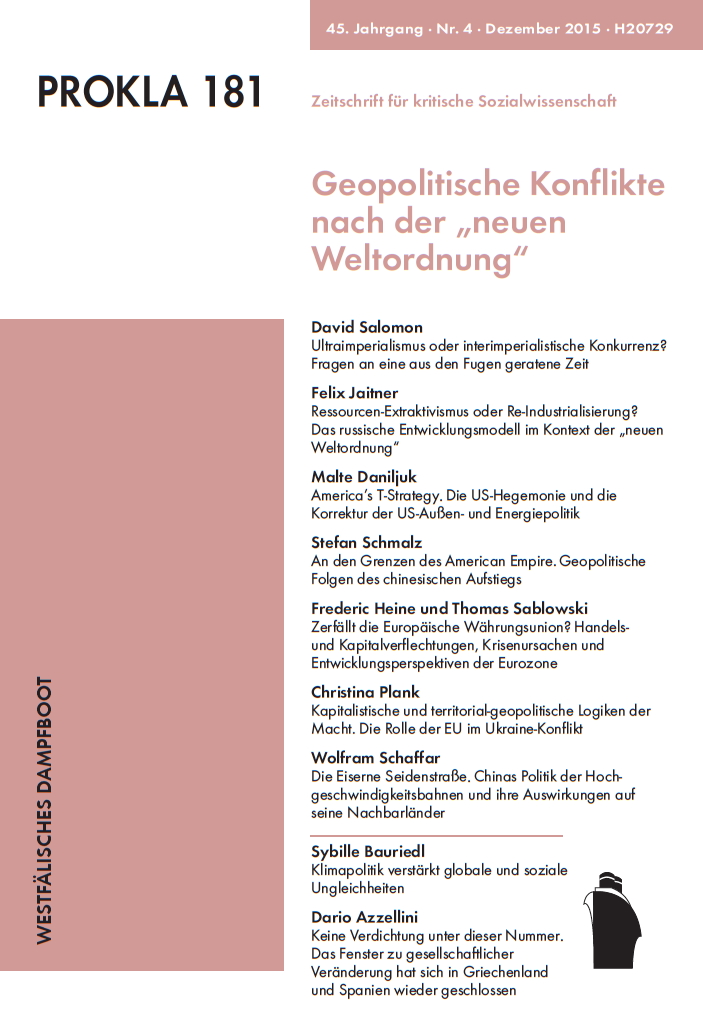