At the Potsdam Conference in July 1945, the Allied leaders identified four dimensions of German militarism that were of particular concern: the power of the military elite and their privileged position inside the state, the activities of paramilitary formations and the armaments industry, and the support for militarism in the public. The leaders agreed to a set of policies that sought to address these concerns of reigning in any militaristic tendencies. This article focuses on the relevance of these four areas of concern by examining their relevance in different periods, from the German Empire to the present, and trying to discern lines of continuity or of disruption. The impact of the armaments industry is as strong as ever, but the German army is now controlled by the parliament, soldiers have acquired certain rights and the general public seems not to be enthusiastic about the German participation in the Afghanistan war. Nevertheless, the involvement of the German troops in out of area-operations of NATO or the emerging European defence forces is on the increase. 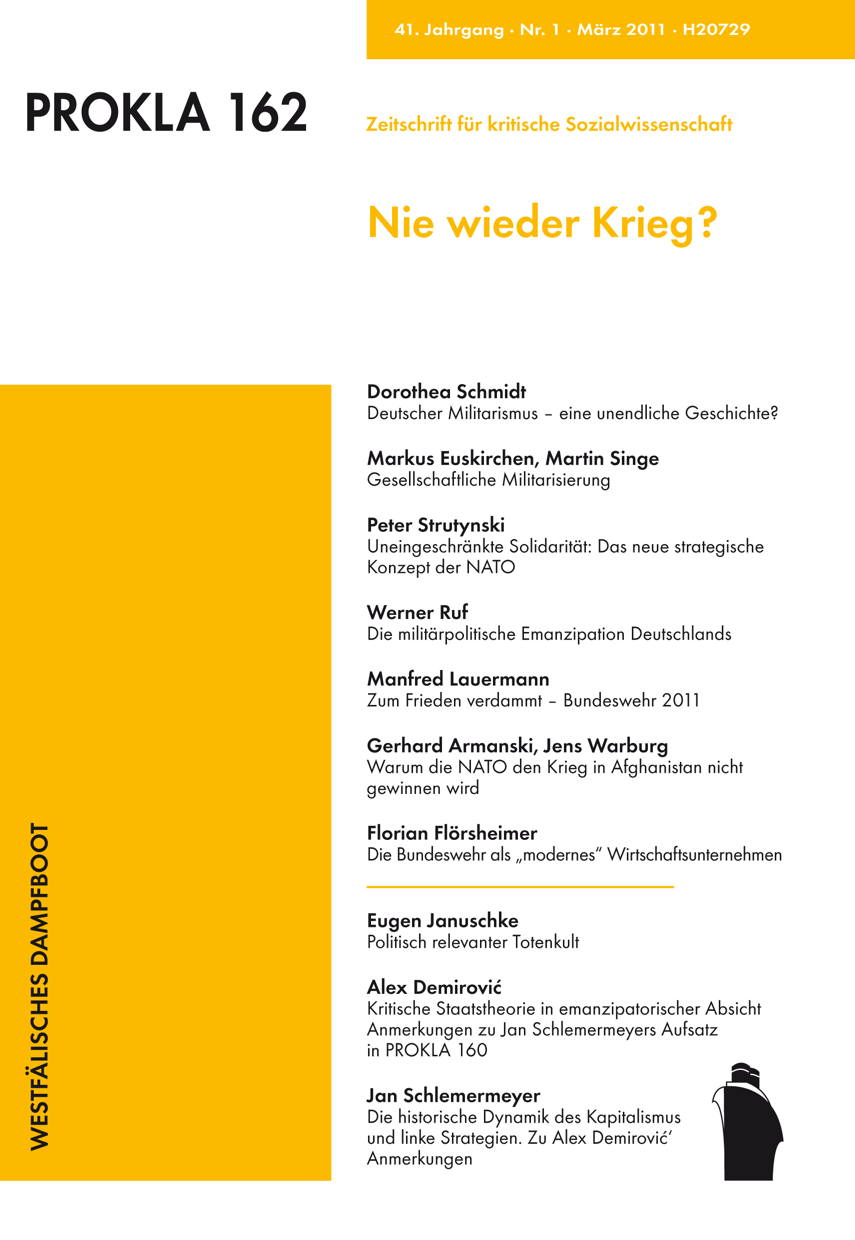