What has been called "The Age of Empire" (Hobsbawm) is out of date. The specificities of colonial exploitation and domination of fundamentally premodern countries (not yet "states", let alone capitalized nation-states) by the foremost European powers have still quite some impact, but they don't correspond to the present stages of world wide capitalist accumulation. Is the term imperialism therefore out of date too? In this article it will be argued - together with authors like the late Harry Magdoff and James Petras for instance - that the term imperialism implies quite some advantages to the vague and aseptic term globalization. First, it is a critical term, which demonstrates the close linkage between the global capitalization, the formation of inequality and domination. Second, it is much more precise, as it shows the dynamic tendencies of capitalist expansion and its intensification at the same time. If one persuades oneself and the reader, that the term imperialism can fulfil an necessary analytical function, than one has to make sure that the meaning (or" aura") of it has to be modified quite considerably. In the main parts of this article, which proceeds in a historical manner, the arguments circle around a new qualification imperialism as "Introverted imperialism". The historical and systematic starting point is the closing of the world marked as an internally directed marked. 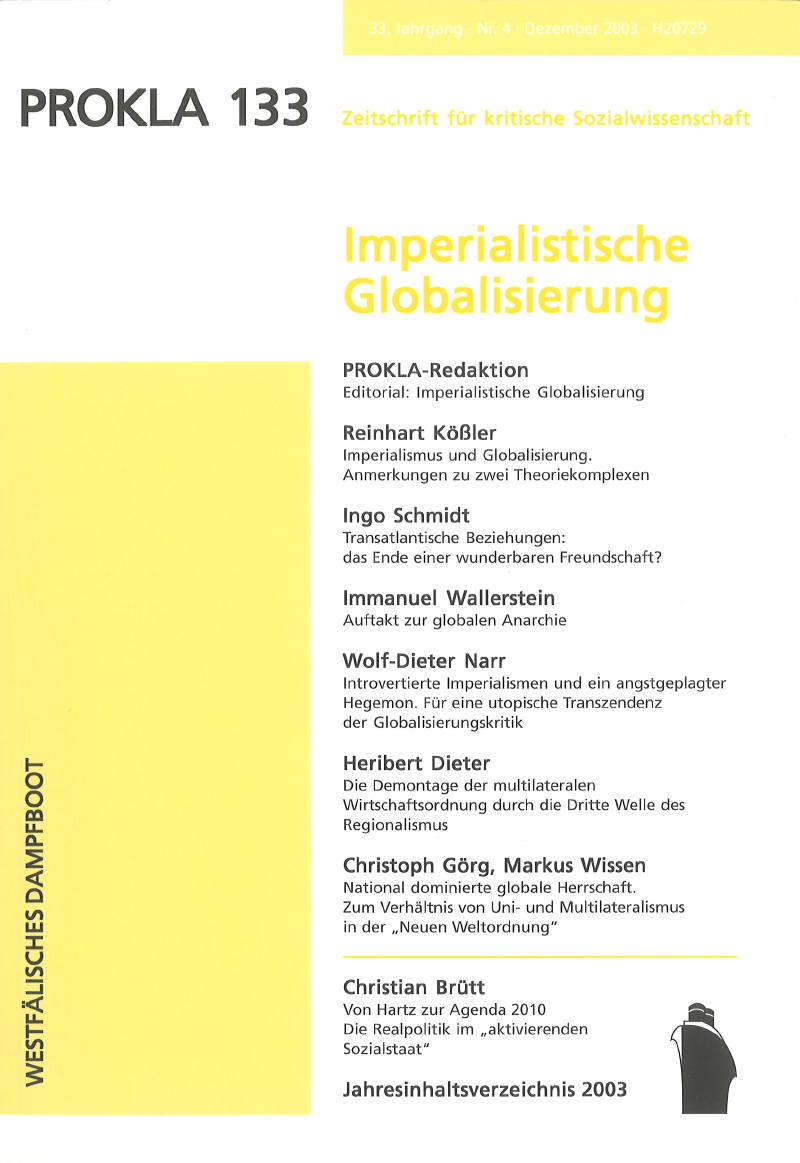