In August 2011, England experienced the most serious rioting since 30 years. The unrest started two days after the fatal police shooting of Mark Duggan in Tottenham and quickly spread to other cities. This article opens with a brief sketch of the recent history of rioting in England from 1980-2010 and a comparison of previous riots with the ones in 2011. Subsequently, a more extensive overview of the current state of research focusing on triggers and structural roots of the 2011 riots and a local case study of Greater Manchester are presented. It is argued that broader social reasons (e .g . deprivation), consumerism, policing, male behavior and racialised conflicts constitute the overall causes for the latest riots. Moreover, the article looks at the riots in the context of class. Unlike the well-known ‘underclass’ discourse, the article applies a non-pejorative understanding of class: From this perspective, the 2011 riots are interpreted as a symptom of an ongoing fragmentation of social conflicts. Wide ranges of people are no longer represented by organizations like unions nor do they trust in welfare or state institutions or organise in conventional ways. This results in non-normative collective action beyond established institutions as well as new forms of how class struggles and social conflicts articulate themselves. 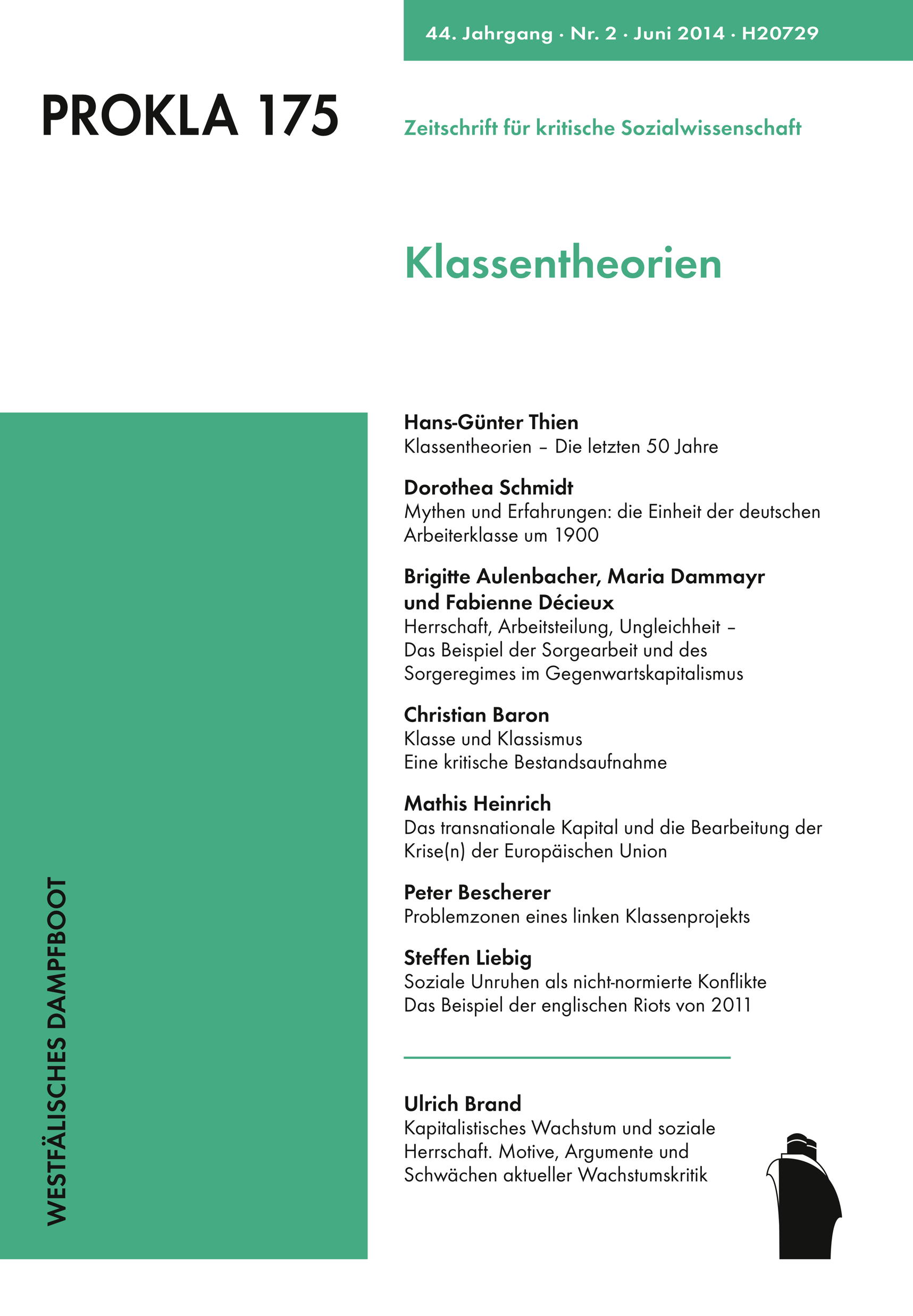