Recently, there has been much debate about the rise of an Evangelical Left in the United States. This debate has focused on the emergence of influential evangelical leaders breaking away from the Republican Party, such as Rick Warren. This debate mistakes a hegemonic crisis of (neo-)conservatism with a hegemonic crisis of neoliberalism. Instead, the evangelical movement in the United States needs to be analyzed in the context of neoliberalism and the decline of class-based forms of solidarity, which it replaced. Throughout their ascent, the evangelical institutions have inscribed themselves into and become a part of the neoliberal state. At the same time, the depth of the economic crisis, the remaining class character of the evangelical movement, the importance of evangelical churches as arenas of hegemonic struggles and, finally, the existing shift in national discourse in terms of the ecological question, the social question and the rehabilitation of the state vis-a-vis the market mark an opening of the political situation in the US that may eventually lead to a replacement of the current evangelical centrism by the actual Evangelical Left as part of a counter-hegemonic postneoliberal historic bloc. 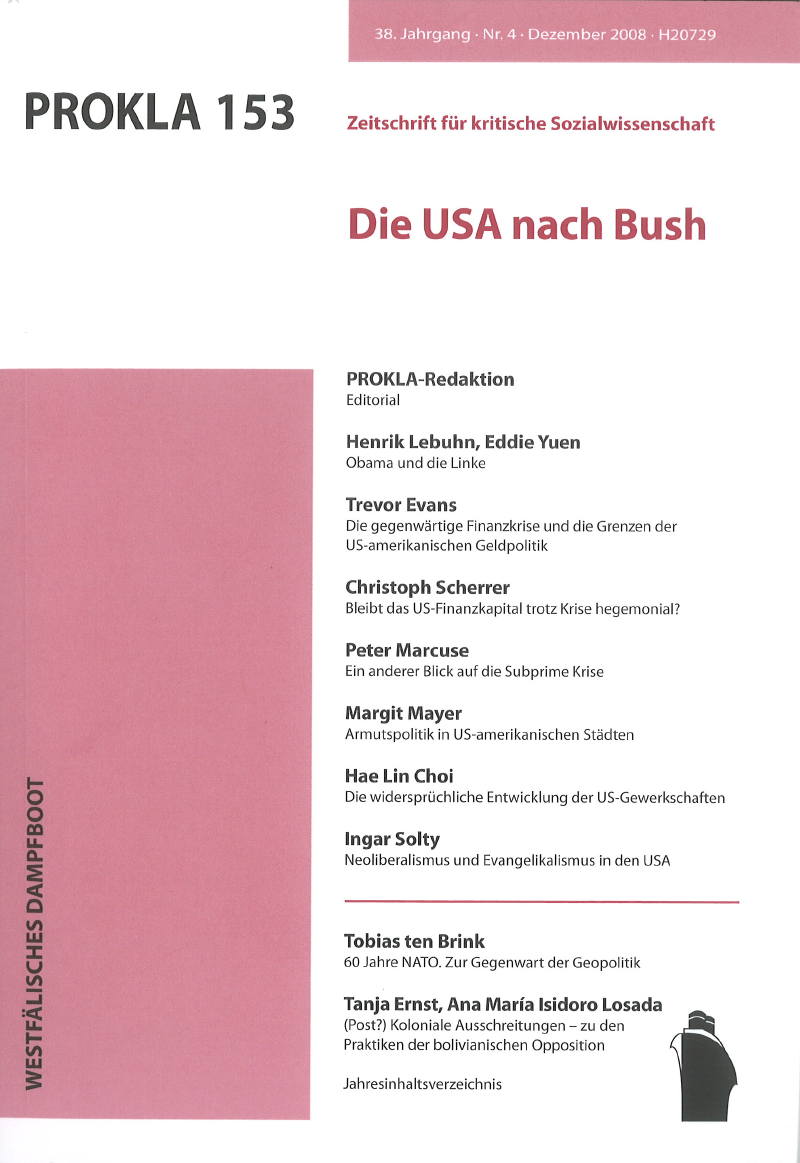