The article discusses the macroeconomic argument of a New Economy that allows for higher non-inflationary economic growth due to increases in productivity caused by the digital revolution. Besides presenting evidence put forward by mainstream protagonists of the New Economy, it explores an interpretation of the New Economy inspired by regulation theory. Specifically it looks at the stability of a finance-led regime of accumulation on the basis of the digital production paradigm. Some basic causal relationships of such a regime, especially the investment – profits, wealth – profits, and wealth – consumption connections, seem too fragile for suggesting that a stable new regime of accumulation has emerged. Furthermore, the New Economy thesis suffers from serious problems in measuring productivity in the service industries. Therefore, it seems just as plausible that the long „Clinton“-expansion was a singular event made possible by the special position the U.S. enjoys in the world economy. 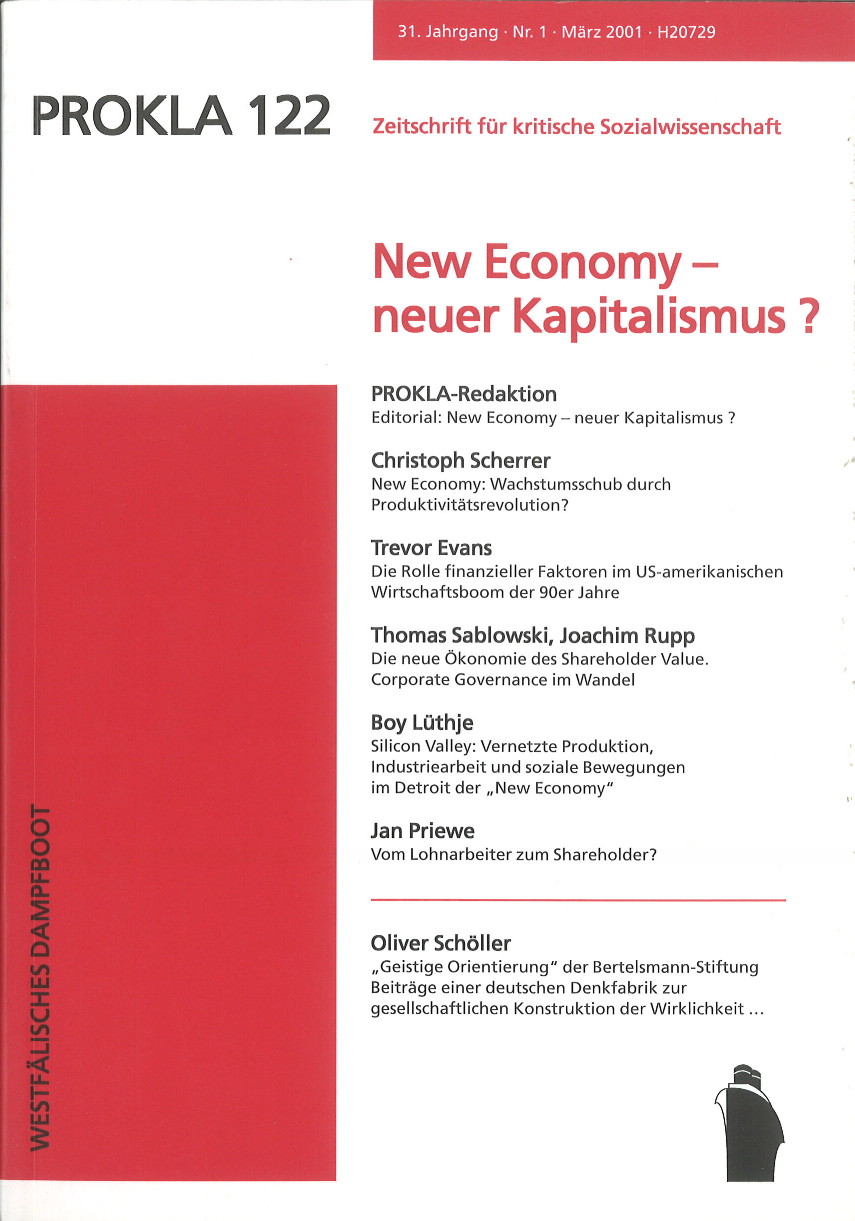