The strategy of the 1998 Red-Green government in the field of health care aimed to realize two core objectives: first, the government wanted to improve the quality of health care, and second, it intended to reduce treatment costs and thus maintain the stability of insurance contributions without cuts to a comprehensive benefits catalogue. SPD and Green Party have retained competition among the health insurance funds, budgets and flat-rates in the payment of providers introduced by the preceding government but revoked many of the measures of cost privatisation. However, since its re-election in autumn 2002, the governing coalition has increasingly moved towards privatization of treatment costs. As regards the effects of recent policy changes, experience so far shows that the competition of health insurance funds as well as the sectoral budgets largely failed to increaseSince the neo-liberal Health Care Reforms in the 1980ies, concerning hospital financing, and the introduction of the Nursing Care Insurance in the 1990ies, the different sectors of the German health care system have been subjected to slow, but nonetheless radical changes. Rationalization, privatization, and the enforcement of cost effectiveness have led to a restructuring of employment in the system. Whereas the number of employees in charge of the direct care of patients in hospitals (doctors, nurses) has increased as well as their work load has grown, other groups of employees, mainly in the field of technical assistance and other services (cleaning, kitchen) have been transferred to new private service companies, founded exactly for the reason of providing cheap labor. This resulted in an increase of part time, low paid jobs, mainly for women. In the sectors of community care and the care of the elderly, we can observe a tendency to even minimize the amount of qualified staff in direct patient care to be replaced by less qualified, low paid part time workers. Within these changes a new, academically educated elite of nurses believed to find a more powerful position in hospital hierarchy. Thus they supported neo-liberal change without perceiving that it endangered their own position in the long run.he efficiency of health care. 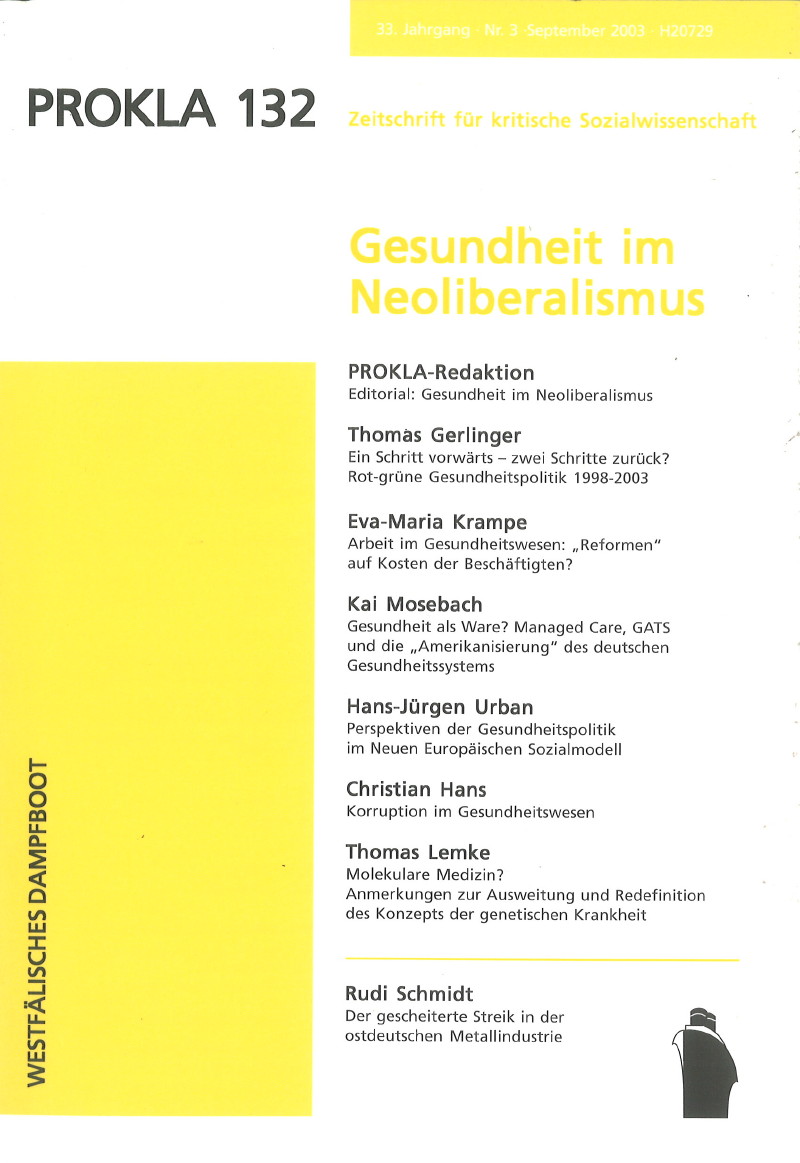